Latest on Airtel Data and Airtime Bonus (Must read) 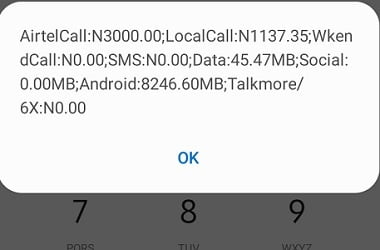 Airtel has won the heart of many Nigerians, the reason for this does not far fetch. This was based on bomber Airtel Data and Airtime Bonus that you get whenever you recharge your line.

Airtel just like Glo network, the Airtel is one of the network in Nigeria, that put its customers in mind in their decision making.

The Good & The Bad of Airtel Data and Airtime Bonus

There are a lot of goodies that come with the Airtel Data plan, such as the Airtel 6gb + Free 4G LTE 4gb data (with its Activation code), the plan is known as people favourite. This Airtel Data Plan was equipped with numerous bonus like the double data reward and much more.

The Good side of Airtel Recharge is that you get a massive bonus, most especially when you are on Airtel 4G SIM that can earn you massive data bonus. such as the Airtel 4G, and the simple way to Upgrade to 4G with 4GB free data.

The Good of Airtel Data and Airtime Bonus to Nigerian

And the most popular and people choice is the Airtel 8x times bonus, See Its Activation code & how to get (4GB data)

The ugly side of Airtel Data and Airtime Bonus

However, on the other side of the coin, the bad part of Airtel Data and Airtime Bonus.

Just like in the image below, N6000 was a bonus for a recharge of N2000 worth of Top-up. As N3000 was shared for the On-Net and Off-Net. While the bad of the matters was that

Meanwhile, the fraudulent nature of this Airtel Call Bonus is that your calls are initially deducted from the bonus that is meant for only off-net bonus calls (whether you call Airtel or other networks). This implies that you will be forced to finish bonus meant for other networks on both Airtel and other networks, while, from the image above other N3000 will now be useless.

You may not be able to use it to call Airtel line until you finish the other bonus.

In an ideal situation, the call charges on the bonus should be from there respective areas od allocation. Local Call bonus should have been for Local calls, while Airtel bonus for only Airtel calls.

Airtel should do the needful because this was not how things are before. This to me is just a forceful way to let people call with Airtel SIM, possibly against their wish.

You can just check this out, The Glo 5x times recharge bonus, See how to activate it.

Share
Facebook
Twitter
Pinterest
WhatsApp
Previous article
MTN Data Referral, Get free data. | See how to get 4GB, 1GB for N200
Next article
Airtel Thanks | See how to win up to N5million (Its Code)

HA Tunnel Plus: How to Make Free MTN Unlimited Browsing

See How to Make Free MTN100GB Data on 5G Devices

The Best Free Crypto Coins to Mine (Rubi and Glim)

See How to Add Core Mainnet to MetaMask and Withdrawal