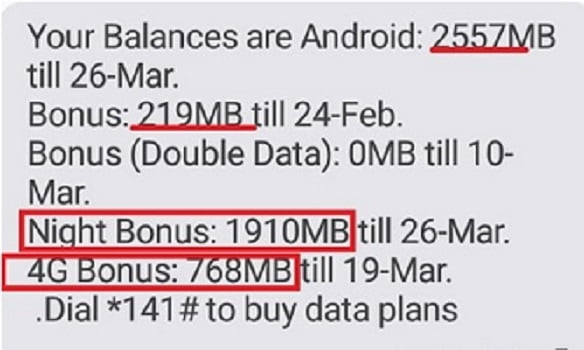 The new Airtel 8x Times Bonus Reloaded is a bi-product of Airtel . There was no much difference between the two plans as they are both available for new sims.

Airtel launched 5 times recharge bonus plus free data on every recharge load with *555*Pin#, this was some years back. Customers on this plan enjoy 5 Times the value of EVERY recharge when they recharge via *555*PIN#”

What makes this a reloaded was the way it comes, as Airtel introduced a 4G LTE sim, the Airtel 8x times bonus was a default prepaid plan. And it was also known to look and works like Airtel SmartConnect.

SmartCONNECT is Airtel’s default bonus plan for prepaid customers which offers 100% INSTANT bonus on every data bundle plus 8 times bonus on every recharge.

The bonus is valid for 7 days, Main Account Credit does not expire

The most highly rated and recognized network that has been valued nowadays from other Telecom service providers in Nigeria Airtel the cheapest data plans provider and with a competitive Call tariff plans.

Airtel has won the heart of many citizens of this great country with affordable data plans for their pocket and value for their money on the other hand. As I was making this post below was my data balance.

A few weeks ago, I wrote on Airtel 4G nationwide coverage, as there are a lot of eye-catching bonuses that was embedded in the package. With the New Airtel 4G SmartSIM you get:

HA Tunnel Plus: How to Make Free MTN Unlimited Browsing

See How to Make Free MTN100GB Data on 5G Devices