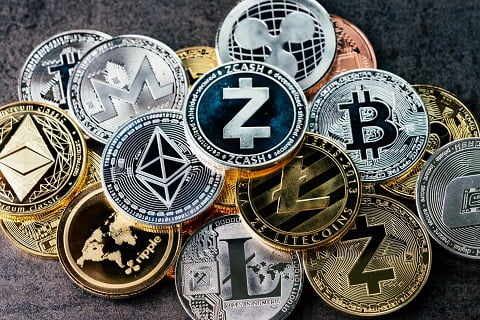 Cryptocurrency Trading has been on since 2009 and the platform has made ways for itself in the digital world. Notable cryptocurrency trading is:

Meanwhile, the Central Bank of Nigeria Governor, Godwin Emefiele said Cryptocurrency Trading has no place in Nigeria,’ as he defends the ban, that Nigerians who have nothing to hide should not worry about the ban

I believed this question is necessary and in shot Cryptocurrencies is the digital currency through an exchange. If you purchase any Cryptocurrency Wallet yourselves. You’ll need to create an exchange account, put up the full value of the asset to open a position and store the cryptocurrency tokens in your own wallet until you’re ready to sell.

What to know about Cryptocurrency Wallet

Cryptocurrency trading is one of the main sources of getting profit from cryptocurrency. This type of online trading is almost the same as stocks, currencies, or commodities trading. The main task is to buy when the price is low and to sell when it is higher (or vice versa, when you open the short position).

However, just in the first week of February, the Central Bank of Nigeria (CBN) announced that it is prohibiting banks and other financial institutions from using their platforms to facilitate trading in cryptocurrencies.

The apex bank has issued a detailed follow-up statement on why it is going hard on cryptocurrency use.

Below, we provide a summary of what was a lengthy, rambling statement signed by Osita Nwanisobi, Acting Director of Corporate Communications at the Central Bank:

This ban isn’t a new one

The CBN says it doesn’t quite get the hullaballoo that has trailed its recent directive because similar ones were issued in 2017 and 2018.

“The CBN circular of February 5, 2021, did not place any new restrictions on cryptocurrencies…all banks in the country had earlier been forbidden through CBN’s circular dated January 12, 2017, and reiterated in another dated February 27, 2018,” the apex bank said

Other countries have done it, so Nigeria isn’t doing anything new or extraordinary

The CBN says that its latest position on cryptocurrency is not an outlier “as many countries, central banks, international financial institutions and distinguished investors and economists have also warned against its use.”

The CBN lists some of these countries as China, Canada, Taiwan, Indonesia, Algeria, Egypt, Morocco, Saudi Arabia, Nepal, Cambodia, among others.

These countries “have all placed certain level of restrictions on financial institutions facilitating cryptocurrency transactions,” the statement reads.

Cryptocurrency is too volatile and speculative..in fact, it’s gambling by another name

The CBN also highlighted extreme price volatility of cryptos. “Bitcoin, the best known cryptocurrency, hit a record high of $42,000 per unit on January 8, 2021 and sank as low as $28,800 about two weeks later. This is far greater volatility than is found with normal currencies,” the regulator explains.

Cryptocurrency is used for illegal activities like drug peddling

The CBN says that crypto use is so opaque that it has become well-suited for “conducting many illegal activities including money laundering, terrorism financing, purchase of small arms and light weapons, and tax evasion..in fact, the role of cryptocurrencies in the purchase of hard and illegal drugs is well known.”

The statement from CBN adds that “our actions are not in any way, shape or form inimical to the development of Fintech or a technology-driven payment system.”

CBN also says crypto use goes against the CBN Act (2007) of the Federal Republic of Nigeria.

“The use of cryptocurrencies in Nigeria are a direct contravention of existing laws,” the apex bank adds.

Nigeria Senate request for CBN to explain the reason for the ban of Cryptocurrency Trading in the country. Here below was Mr Godwin Emefiele replies:

While appearing before a Joint Senate Committee on Banking, Insurance and other Financial Institutions; ICT and Cybercrime; and Capital Market on Tuesday, February 23, 2021, the CBN governor said the ban on Cryptocurrency Trading will protect Nigerians.

He noted that the issuance of Cryptocurrency Trading by unregulated and unlicensed entities is contrary to the mandate of the CBN.

He further said that Nigerians who have nothing to hide should not be worried by the ban which he said is the elimination of possible shady dealings.

“Cryptocurrency trading is used to describe the activities of traders in an electronic dark world where transactions are extremely opaque, not visible and not transparent.

“These are people who deal in transactions that do not want to be trailed,” he said.

Emefiele further stressed to the committee that the CBN’s primary duty as a regulator is to protect the activities of actors, bank stakeholders, and uninformed actors in the financial system from other actors who may wish to take advantage of them.

He cautioned that cryptocurrency trading has been used to facilitate money laundering, payment of ransom for kidnapping, and finance terrorism in different parts of the world.

The CBN boss also revealed that the bank is conducting an investigation into the activities of forex exchanges and their major players.

How to Create Website for Free in Less Than 20 Minutes

Secret Behind Owodaily Success and How to Make N17,000 Daily